As of today, MeshCAM is up and running on OSX. As you can imagine, this took a lot of effort but it’s working remarkably well right now. 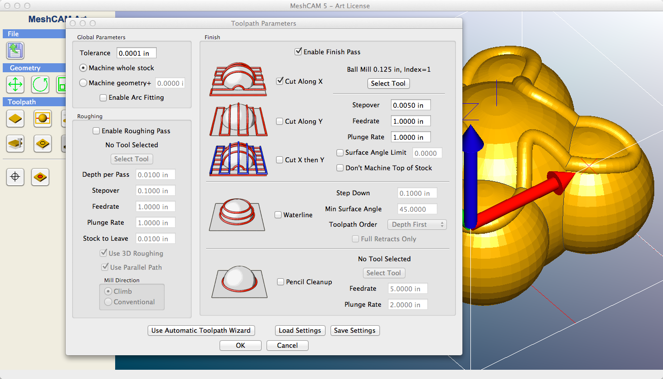 As far as I know, this will make MeshCAM the first commercially-available CAM program on the Mac.

I still have lots of testing but I’ve been able to eliminate every functional bug that I’ve found so far. The only ones I know of are cosmetic and I do not expect to find any show stoppers that would make keep this port from becoming public.

This new development has a lot of effects even on the Windows version (most of them are good):